Posted on November 18, 2015 by seeksatiation

My father has the sweet tooth. My mother loves her salt. I gained my love for all things salty from her, allowing my father to keep the lion’s share of our household sweets to himself. Admittedly, for years, when I go to visit my parents back in Connecticut, my mother has scolded me for stealing her potato chips. These arguments can get surprisingly heated. She tells me to go buy my own! Ha! She is absolutely protective of her stash, which I can respect.

My father not only has a sweet tooth, but is an absolute chocoholic. Growing up, I can recall many a night when he’d be up making a plate of fudge, a pan of brownies, or a bowl of chocolate pudding. And when I say “night”, I’m not talking about 8 p.m. I am talking about midnight. This is a man that proudly gets chocolate wasted whenever he can. 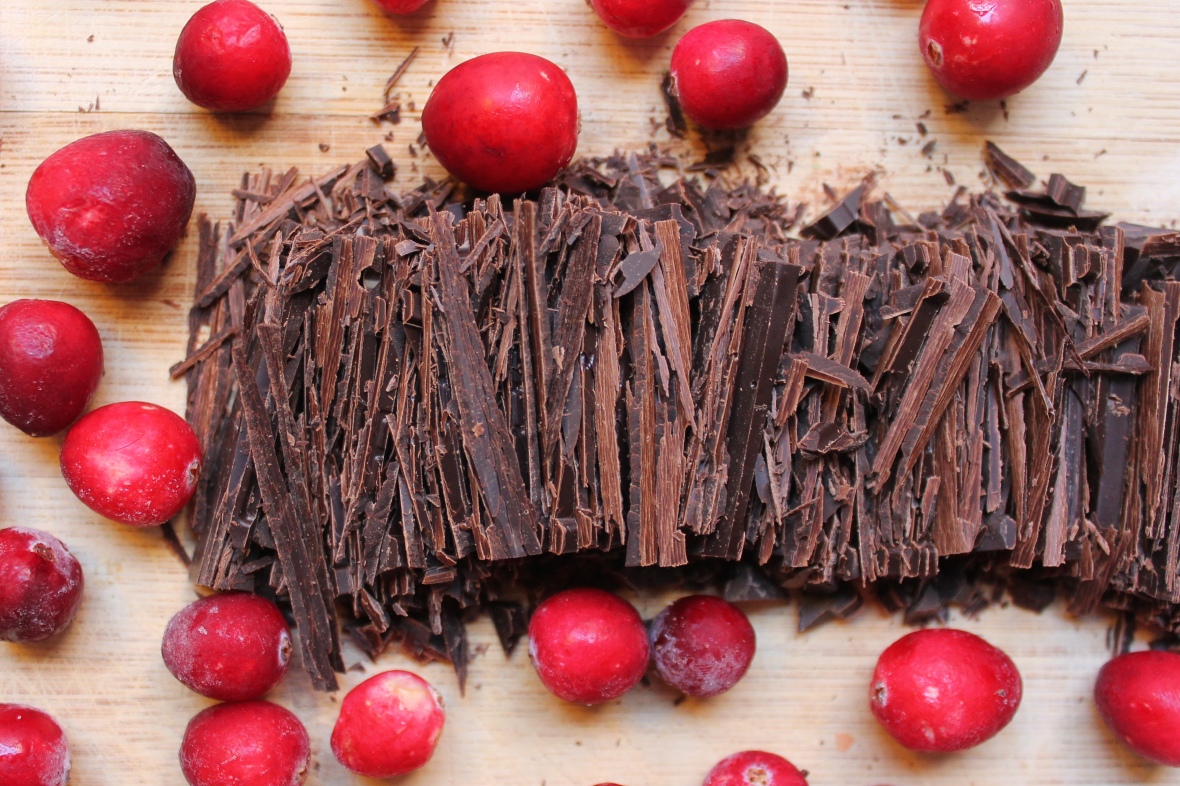 I’m sure part of him loves and loathes that I don’t have that sweet tooth he has. I mean, any father would surely want their child to take after them. Conversely, if I’m going after my mother’s potato chips on long weekends home, that’s more brownies for him to eat! He should be happy I didn’t acquire that sweet tooth.

However, on rare occasions, that craving for chocolate that lies wholly repressed within my DNA suddenly springs to life. If I’m going to satisfy that chocolate craving, I refuse to half-ass it with a box of brownie mix from the grocery store. I will be chopping chocolate and making my desired confection completely from scratch.

My friends and co-workers that reap the benefits of my hordes of baked goods have yet to complain about this. 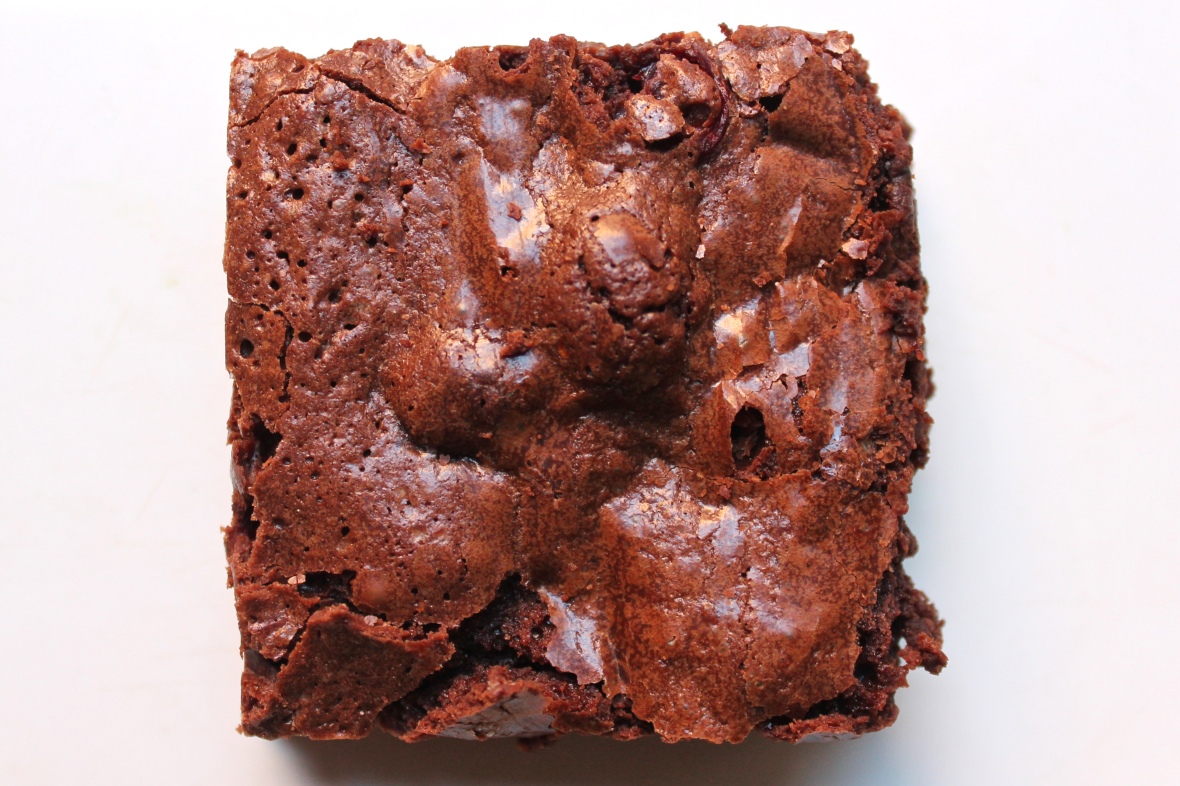 – In my first few attempts at created this recipe, I became slightly alarmed at the seemingly under-cooked brownies I’d pull out of my oven after the recommended baking time. I came to find that these brownies tend to be fudgy and will solidify as they cool. Do not be alarmed if you stick in a toothpick or knife after they come out of the oven and it’s a little chocolaty.

2.) In a large heavy bottomed saucepan, slowly melt butter and unsweetened chocolate over medium-low heat until combined and smooth. Remove from heat.

3.) Stir in sugar until combined with the chocolate mixture.

4.) Add eggs, one at a time, to the mixture and mix until combined.

5.) Add in flour and mix until combined.

7.) Pour and spread mixture into prepared baking pan. Bake for 40 minutes or until a toothpick comes out relatively clean.

8.) Cool on a wire rack for at least 30 minutes before cutting.